The Discipline of Fasting 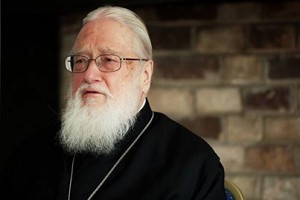 Within this developed pattern of Great Lent, what precisely do the rules of fasting demand? Neither in ancient nor in modern times has there ever been exact uniformity, but most Orthodox authorities agree on the following rules:

(1) During the week between the Sunday of the Publican and the Pharisee and that of the Prodigal Son, there is general dispensation from all fasting. Meat and animal products may be eaten even on Wednesday and Friday.

(2) In the following week, often termed the 'Week of Carnival, the usual fast is kept on Wednesday and Friday. Otherwise there is no special fasting.

(3) In the week before Lent, meat is forbidden, but eggs, cheese and other dairy products may be eaten on all days, including Wednesday and Friday.

(4) On weekdays (Monday to Friday inclusive) during the seven weeks of Lent, there are restrictions both on the number of meals taken daily and on the types of food permitted: but when a meal is allowed, there is no fixed limitation on the quantity of food to be eaten.

a) On weekdays in the first week, fasting is particularly severe. According to the strict observance, in the course of the five initial days of Lent, only two meals are eaten, one on Wednesday and the other on Friday. In both cases, after the Liturgy of the Pre-sanctified Gifts, on the other three days, those who have the strength are encouraged to keep an absolute fast: those for whom this proves impracticable may eat on Tuesday and Thursday (but not, if possible, on Monday), in the evening after Vespers when they may take bread and water, or perhaps tea or fruit juice, but not a cooked meal. It should be added at once that in practice today these rules are commonly relaxed. At the meals on Wednesday and Friday xerophagy is prescribed. Literally, this means dry eating. Strictly interpreted, it signifies that we may eat only vegetables cooked with water and salt, and also such things as fruit, nuts, bread and honey. In practice, octopus and shellfish are also allowed on days of xerophagy: likewise vegetable margarine and corn or other vegetable oil, not made from olives. But the following categories of food are definitely excluded:

(b) On weekdays (Monday to Friday inclusive) in the second, third, fourth, fifth and sixth weeks, one meal a day is permitted. To be taken in the afternoon following Vespers, and at this one meal, xerophagy is to be
observed.

(c) Holy Week. On the first three days there is one meal each day, with xerophagy; but some try to keep a complete fast on these days, or else they eat only uncooked food, as on the opening days of the first week.

On Holy Thursday one meal is eaten, with wine and oil (i.e. olive oil).

On Great Friday those have the strength follow the practice of the early Church and keep a total fast. Those unable to do this may eat bread, with a little water, tea or fruit-juice, but not until sunset, or at any rate until after
the veneration of Epitaphion at Vespers.

On Holy Saturday there is in principle no meal, since according to the ancient practice after the end of the Liturgy of St. Basil the faithful remained in church for the reading at the Acts of the Apostles, and for their sustenance were given a little bread and dried fruit, with a cup of wine. If, as usually happens now, they return home for a meal, they may use wine but not oil; for on this one Saturday, alone among the Saturdays of the year, olive oil is not permitted.

The rule of xerophagy is relaxed on the following days:

(1) On Saturdays and Sundays in Lent, with the exception of Holy Saturday, two main meals may be taken in the usual way, around mid-day and in the evening, with wine and olive oil; but meat, animal products and fish are not allowed.

(3) Wine and oil are permitted on the following days, if they fall on a weekday in the second, third, fourth, fifth or sixth week:

First and Second Finding of the Head of St. John the Baptist (February 24);

Forefeast of the Annunciation (March 24);

Synaxis of the Archangel Gabriel (March 26);

Patronal festival of the Church or Monastery;

It has always been held that these rules of fasting should be relaxed in the case of anyone elderly or in poor health. In present-day practice, even for those in good health, the full strictness of the fast is usually mitigated. Only a few Orthodox today attempt to
keep a total fast on Monday, Tuesday and Thursday in the first week, or on the first three days in Holy Week. On weekdays – except, perhaps, during the first week or Holy Week it is now common to eat two cooked meals daily instead of one. From the second until the sixth week, many Orthodox use wine, and perhaps oil also, on Tuesdays and Thursdays, and less commonly on Mondays as well. Permission is often given to eat fish in these weeks. Personal factors need to be taken into account, as for example the situation of an isolated Orthodox living in the same household as non–Orthodox, or obliged to take meals in a factory or school canteen. In cases of uncertainty each should seek the advice of his or her spiritual father. At all times it is essential to) hear in mind that you are not under the law but under grace (Rom. 6:14), and that the letter kills, but the spirit gives life (2 Cor. 3:6).

The rules of fasting, while they need to be taken seriously, are not to be interpreted with dour and pedantic legalism: “For the kingdom of God is not food and drink, but righteousness and peace and joy in the Holy Spirit” (Rom. 14:17).