Today, the Executive Committee of the Assembly of Canonical Orthodox Bishops of the United States of America met via video conference and determined that a direct appeal to several Governors be made to insist on the equitable treatment of religion in the reopening of certain States.

In the appeal, the Hierarchs of the Executive Committee noted that the “founders of our country wisely protected the free exercise of religion precisely because of the vital role played by communities of faith in providing their members faith, hope, and comfort, and their communities love, service, and charitable outreach during times of trial such as these.”

They also noted that “religious institutions provide for social and emotional cohesion, important rites of passage, and participation in the mysterium of human existence that expresses meaning and purpose, and are as vital to the common good as the reinitializing of the economic engines that provide the means of material life.”

Finally, they appealed that “religious institutions of all faiths be given the same consideration that those economic engines are being given, as guaranteed by the Constitution, and that our rights of assembly be commensurate with those of the businesses, associations, establishments, and other societal institutions that are engaged in reopening at this time.”

The letter concluded with an assurance to observe “all recommended public health best practices, as well as all legal requirements that pertain to the containment of the COVID-19 pandemic.”

The Members of the Executive Committee who convened today: 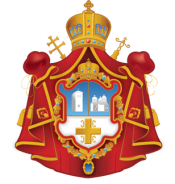