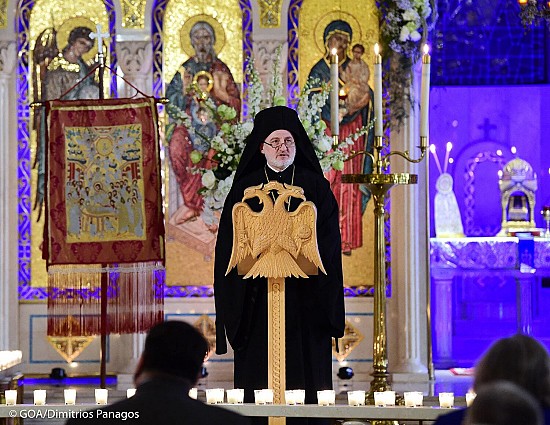 New York – His Eminence Archbishop Elpidophoros of America presided over commemorations of the Bicentennial of the Greek Revolution of 1821. The event took place on March 25, 2021 and was live-streamed on the Greek Orthodox Archdiocese of America social media channels and broadcast on television. In accordance with COVID measures, in place during this time in the USA, this celebration was a hybrid event, with both in-person participation and speeches, as well as speeches via video.

The event began with a Doxology, or a Service of Thanksgiving, presided over by Archbishop Elpidophoros, and was followed by live musical presentations, speeches and videos. George Stephanopoulos, Chief Anchor for ABC News, served as Master of Ceremonies, and award-winning actor Dennis Boutsikaris provided narration to videos featuring historical and modern themes on the Revolution of 1821 and its relevance to our modern day.

Among the dignitaries representing the religious, diplomatic, public, civic and private sectors were His Eminence Archbishop Demetrios, Former of America, and His Grace Bishop Irinej of the Serbian Orthodox Diocese of Eastern America. 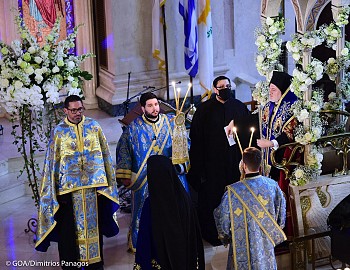