CENTENNIAL CELEBRATION OF THE ESTABLISHMENT OF THE SERBIAN PATRIARCHATE 1920-2020 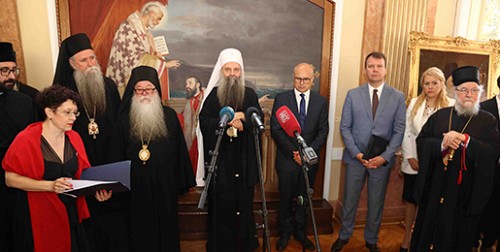 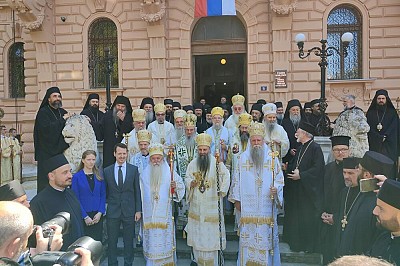 On Sunday, May 15, 2022, His Holiness Patriarch Porfirije celebrated the Patriarchal Divine Liturgy, and the Invocation of the Holy Spirit for the Holy Assembly of Bishops, concelebrated by 12 hierarchs of the Serbian Orthodox Church in the St. Nicholas Cathedral. This liturgical culmination of the centenary celebration was followed by the official opening of the convocation of the Holy Assembly of Bishops; the reading of the centenary encyclical from the balcony of the Patriarchal Palace; and a rich and diverse cultural program in the main square of Sremski Karlovci in tribute to the 100th Anniversary of the reestablishment of the Serbian Orthodox Church.

Given the instrumental participation of Prince Regent Alexander in 1920, later known in history as the Unifier King, the presence of Their Royal Highnesses Heir Apparent Prince Philip, Princess Danica and young Prince Stefan was of particular importance to the centenary celebration. 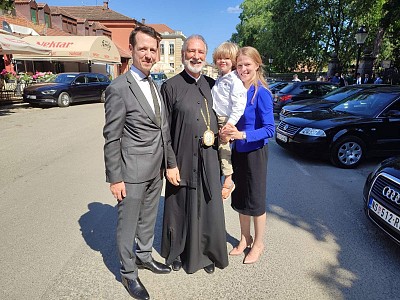 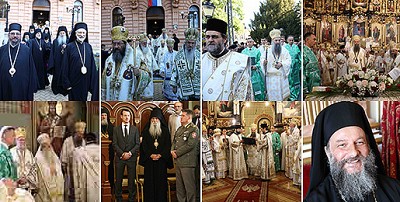