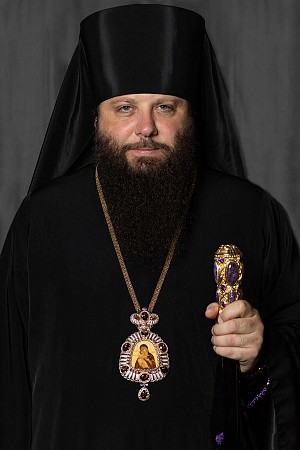 In his greetings, Bishop Irinej prayed that the new Metropolitan will be successful in the continuation of his archpastoral ministry to God’s people in the Eastern United States of America and now, in primacy, at the helm of ROCOR. Through Divine Providence, His Grace continued, may the Metropolitan’s wisdom and spiritual guidance contribute to the benefit of the entire Orthodox Church of Christ.

The election of the new Primate of the Russian Orthodox Church Outside of Russia, by its Council of Bishops, took place on Tuesday, September 13, 2022. The Rite of Enthronement of His Eminence Metropolitan Nicholas of Eastern America and New York, newly elected First Hierarch of ROCOR, will take place on Sunday, September 18, 2022, at the Synodal Cathedral of Our Lady of The Sign in New York City.